Studio KOLARAC was established on 2014.

It is located on Zaduzbina Ilije M. Kolarca the most prominent Music Centre with the tradition to promote artistic music and music culture in Belgrade. The programme caters for music lovers and connoisseurs as well as for professional musicians. More than 300 concerts and different music events are held in the Concert Hall and the Music Gallery every year. The Concert Hall is the oldest and the most prominent performance venue in Belgrade, used primarily for classical music concerts as well as for performances of jazz, ethno music and other music genres.

Studio Kolarac has a specialized facility for sound recording, mixing, and audio production of instrumental or vocal musical performances, spoken words, and other sounds. The range of studio in size is an optimal recording studio large enough to record more musicians at the same time if needed. Recording and monitoring (listening and mixing) spaces are specially designed by an acoustician and audio engineer both to achieve optimum acoustic properties.

Recording studio is used to record singers, instrumental musicians (e.g., electric guitar, piano, saxophone, or ensembles such as orchestras), voice-over artists for advertisements, dialogue replacement in film, television, or animation, foley, recording of their accompanying musical soundtracks. Studio consists of a room called the “studio” or “live room” equipped with microphones and mic stands, where instrumentalists and vocalists perform, and the “control room” operates with professional audio mixing consoles, effects, units, and computers with specialized software suites to mix manipulate (by adjusting the equalization and adding effects) and route the sound for analogue recording (on tape) and digital recording on hard disc. Live music is recorded on tracks on high-quality monitor speakers or headphones. Also the studio has the capacity to accommodate loud instruments such as drums or electric guitar amplifiers and speakers, also the studio is equipt with acoustic guitars,  bass guitars, electric guitars, other string instruments, fender rhodes piano, concert piano (Stainway and Sons). 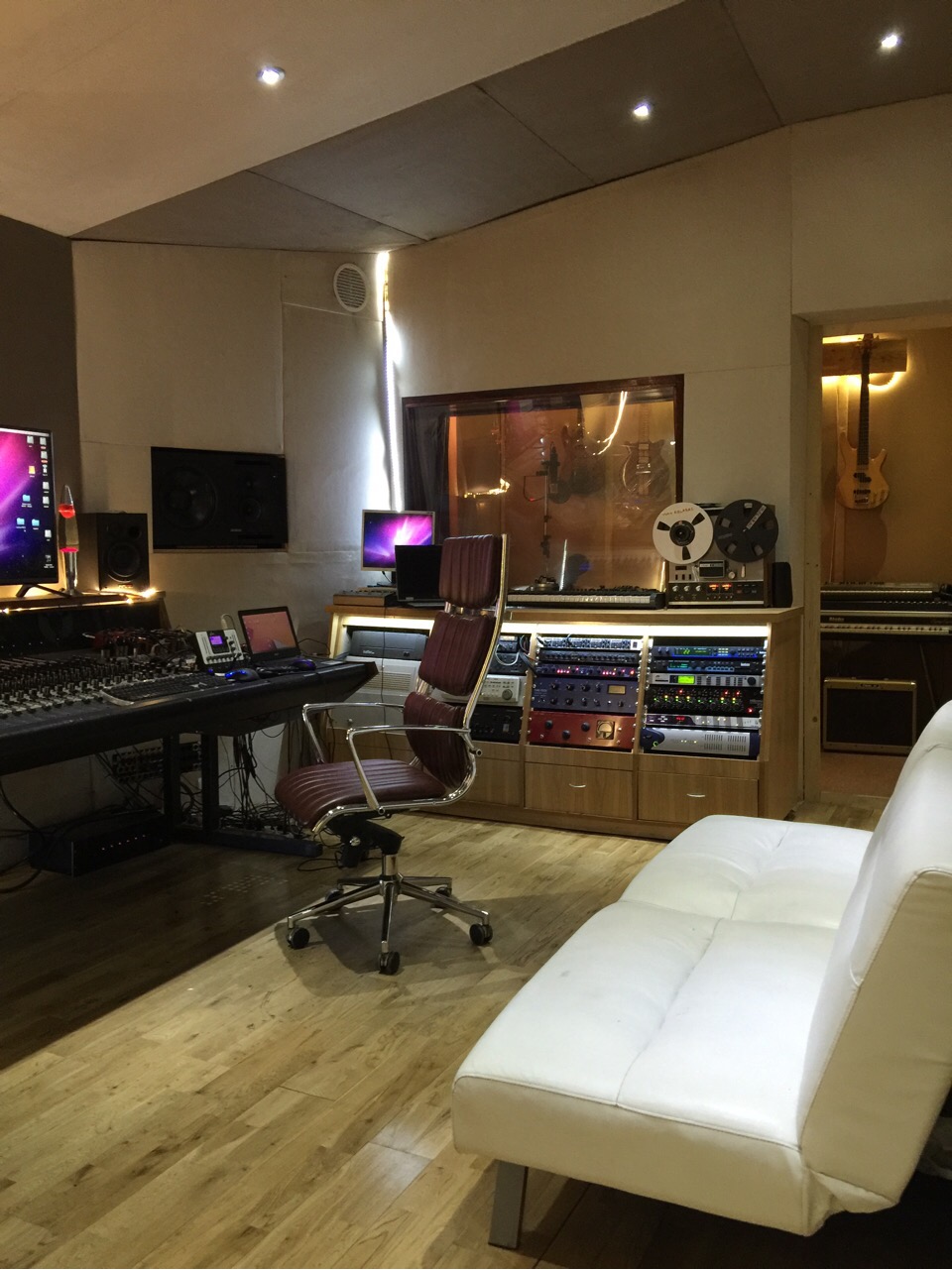